Night Beat: A World All His Own 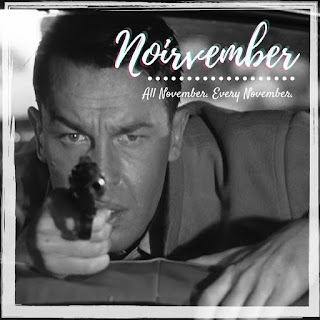 Night Beat is one of the best radio dramas of the 1950’s, an era when most radio was slowly marching into obsolescence thanks to our beloved friend television. (Television, how could you?! Radio gave you some of your best ideas!) Broadcast on NBC, it was sponsored by hipster’s choice Pabst Blue Ribbon Beer, and later the breakfast of champions itself, Wheaties.

Frank Lovejoy played Chicago Star reporter Randy Stone, a strangely endearing character who looked at the world through a pair of metaphorical glasses that seemed to have one rose coloured lens and one jade one.

Stone’s column highlighted “strange stories waiting for him in the darkness.” While that makes it sound like he went out hunting vampires Kolchak-style, he was actually after something else: noir human interest stories. It’s a weird category, but he managed to find somebody who fit the bill every week. Astounding luck that man had.

The show was concerned with the city of Chicago, and how it affected the people who lived there. Of course, it could’ve been any city, and of course the people are the night people. The forgotten people. The people who get themselves into trouble so deep, they’ll take any kind of help, even if it’s a newspaper reporter with a hide as thick as a rhino’s and a heart made of glass.

There are many more good episodes, some even better than this one, and most available on the Internet Archive, so I hope this inspires you to investigate the series. Download some MP3s. Listen on the bus after dark. Particularly noirish tales include "The Girl from Kansas," "The City at Your Fingertips," and "Fear."

A couple of extra interesting tidbits:

In 1953, about six months after Night Beat went off the air, Dick Powell – TV noir’s kindly uncle – produced a backdoor pilot for a television adaptation of the series for his Four Star Playhouse. Lovejoy reprised his role, but it didn’t get a series. The episode was called "Search in the Night" and it's okay. Neither the best of Nightbeat nor of Four Star Playhouse. Something just doesn't click in the translation to screen. Maybe it's the lack of timpani drums.

The original pilot for the radio show starred Edmond O’Brien, who sponsors found too cold for the role. Apart from being in one of my favourite weird noirs, 1950’s D.O.A., he also starred alongside his replacement Lovejoy in 1953’s The Hitch-Hiker, in which the District Attorney from Perry Mason tries to kill them. Good times. Good times.
Posted by Jaina